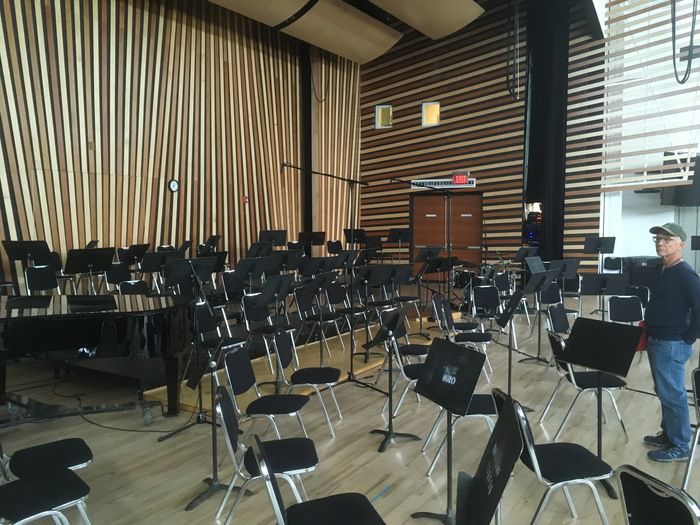 I remember watching the first season of Star Trek: The Next Generation when it first aired. I was very excited. After the the first few episodes I was very disappointed. What disappointed me is that each time the captain and crew always seemed to know exactly what was going on and what to do about it. There was no struggle, no wrestling. Everyone had reached a level of enlightenment that made each encounter relatively effortless.

Rothko was once asked how he knew when a painting was finished. He responded “There is tragedy in every brush stroke”.

These days there is a great deal of excitement and hand-wringing about the potential for artificial intelligence to appreciate and create art. Some even say it is already realized. I admit my own admiration for what a computer can accomplish in analyzing one brush stroke to expose a forgery.

My mostly tongue-in-cheek-but-with-a-hint-of-truth response to postings about AI’s artistic accomplishments is “When an AI burns out and commits suicide at 27 years old that’s when I’ll believe it can create art”.

(For those not familiar with the referenced phenomena, read this Wiki entry on the 27 Club.)

I am not saying an AI cannot create something popularly compelling or maybe even novel. With the plethora of work by humans already in existence after many millennia, the computer is better equipped to survey what was and wasn’t successful and make something similar.

To be fair to the AI, that is also how human artists learn—by studying who and what came before. Then they self-select what resonates with them and if they are successful they build on the artistic giants who came before, either in harmony or in dissonance with their predecessors. The computer is simply able to compress this process into a shorter time period. And by that I mean, pretty much in the blink of an eye!

I remember a conversation with an early mentor. I commented that Shakespeare was so formulaic. He quipped back quickly, “Yes, but he created the formula!” And we have copied and adapted it ever since.

Ultimately that is “simply” what we are trying to do with a computer and AI, teach it the process we have been able to ascertain about ourselves.

The result should be something that can create content. It certainly can create something consumable. If that were the only purpose of art and creativity, that would be sufficient. This leads some to say that AI will replace artists and other creatives. In terms of only making consumable work that may even be likely.

If the only purpose of art is to make things that sell, then AI will easily supplant those creators with only that purpose. Honesty in creation by the creator is not necessary.

The struggle of the artist who seeks to make a living with their art is that tension between creating something true to themselves while being something someone somewhere will spend money for. That is not a struggle a computer will ever understand. It is not part of the algorithm. A computer will never understand rejection, disappointment, or depression (except for the AI in Hitch Hikers Guide, of course).

Art is not just a consumable, which is what bothered me so much about the question how to be a better consumer of art?. Art is a relational experience, one in which both the artist and the viewer are active participants through the work.

The problem I see still to deal with, the last remaining obstacle is what is conveyed by my quip about burn out and suicide. Or as Jack White put it, the fight with the guitar, the struggle. Not just to find your voice, but what it is you want to say. The drive that pushes one to create to begin with, even at the expense of one’s own life.

Ultimately, the generative relationship of creating, the generosity of art, which I sort through here in Art is relationship is something that seems to elude AI—creating as a choice. Creating as a response to one’s own life, even if using techniques, styles, and forms by others.

From my perspective there is a similar issue in Christianity. Since God is perfect, our bible, His word to us, must also be perfect. That is the doctrine of inerrancy. But as I once heard, there is no soul in perfection. That the bible isn’t perfect is why it can be believed. No two stories need to say the exact same thing, to propositionally present the same “facts” to be true because that is how life is. Facts are not truth. True facts can contradict because the context within which they exist can be different. Each story in scripture is about a different cause and effect, different responses to different events.

If we were expected to be perfect in this life, then the bible would reflect that. But the point of the bible, the point of Christianity is that we cannot be perfect, that there is not a “perfect” human, except that which can reflect love perfectly. And that is all we are expected to do, Love God, love our neighbor as ourselves. All the other commands hang on this. All the other commands are a result of loving God and loving our neighbor, not the other way around.

An AI can’t create for us. Creation as a part of and response to our existence, an act of life is something we have to do ourselves. We can’t even do it for each other. And sometimes we don’t even want to do it ourselves.

Even Jesus struggled in his final act of generosity, praying that his Father would take the cup away and find another way.

Art is an act, not a product. The product can be copied, assessed. A verisimilitude of creativity can be programmed. But the computer, the AI cannot choose creation. The computer cannot say “This is what I am going to do even if it kills me”.

Some interesting links for further reading:

How authentic? How vulnerable?

Just be honest I often talk about and look for authenticity in the artist I know and appreciate. I have already written here about being vulnerable as both the artist and the viewer. It is the only way to have a relationship and a... Continue →