The importance of the viewer 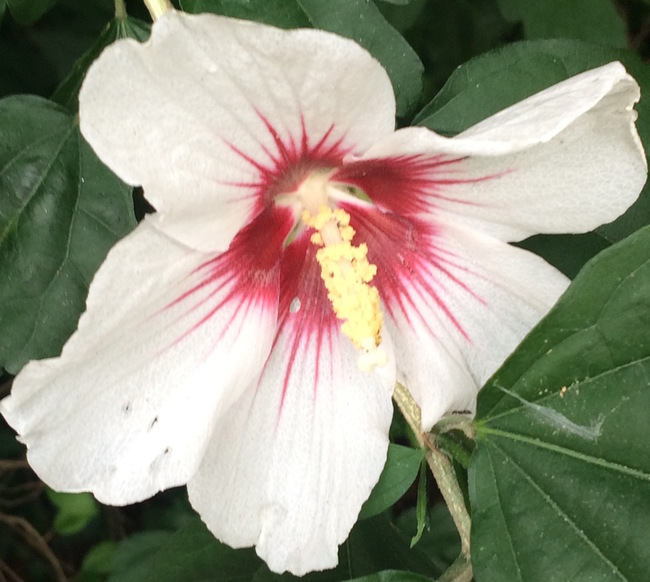 A long and winding road

I am going to go down a couple more paths before I go back and revisit some other topics. One topic that I think is extremely important, but rarely looked at, much less in depth, is the importance of what the viewer of art brings to the table. This is probably even more important than the work itself, never mind the artist. I’m not talking just about how well educated the viewer is in art appreciation. I mean that the viewer has the capacity to totally change the artist’s intent or the content. This is a long one. There are many important thoughts about this I want to share.

I fall along the lines of this from the introduction of a book I have titled The Story of Art by E. H. Gombrich. In it he starts off with:

There really is no such thing as Art. There are only artists. Once these were men who took coloured earth and roughed out the forms of a bison on the wall of a cave; today some buy their paints, and design posters for hoardings; they did and do many other things. There is no harm in calling all these things art as long as we keep in mind that such a word may mean very different things in different times and places, and as long as we realize that Art with a capital A has no existence. For Art with a capital A has become something of a bogey and a fetish. You may crush an artist by telling him that what he has just done may be quite good in its own way, but it is not ‘Art’. And you may confound anyone enjoying a picture by declaring that what he liked in it was not the Art but something different.

Actually I do not think that there are any wrong reasons for liking a statue or a picture. Someone may like a landscape painting because it reminds him of home, or a portrait because it reminds him of a friend. There is nothing wrong with that. All of us, when we see a painting, are bound to be reminded of a hundred-and-one things which influence our likes and dislikes. As long as these memories help us enjoy what we see, we need not worry. It is only when some irrelevant memory makes us prejudiced, when we instinctively turn away from a magnificent picture of an alpine scene because we dislike climbing, that we should search our mind for the reason for the aversion which spoils a pleasure we might otherwise have had. There are wrong reasons for disliking a work of art.

Or is there only the viewer?

For all the things we think, discuss, and ponder about art and what is art, it can all be subverted by the viewer. The most beautiful work can be quickly degraded by how the viewer perceives the work. As C. S. Lewis puts it in his essay An Experiment in Criticism:

…nearly all attention to the picture, cease soon after it has been bought. It soon dies for its owners; becomes like the once-read novel for the corresponding class of reader. It has been used and its work is done.

This attitude, which was once my own, might almost be defined as ‘using’ pictures. While you retain this attitude you treat the picture—or rather a hasty and unconscious selection of elements in the picture—as a self-starter for certain imaginative and emotional activities of your own. In other words, you ‘do things with it’. You don’t lay yourself open to what it, by being in its totality precisely the thing it is, can do to you.

At the most extreme the viewer can turn just about any work, either visual or textual, into pornography. It is not just possible for a work to be already laden with meaning, such as pornographic material, but the viewer, too, can come laden with intent. Lewis again:

To one such spectator Tintoretto’s Three Graces may be merely an assistance in prurient imagination; he has used it as pornography.

But this is not just about something as obviously degrading and dehumanizing as pornography. There are many things that we bring of ourselves to the viewing of a work, our own presuppositions about what is right, wrong, bad, true, good and beautiful. About the same work he continues:

To another, it may be the starting-point for a meditation on Greek myth which, in its own right, is of value. It might conceivably, in its own different way, lead to something as good as the picture itself.

What else can we do?

There is a better way to view art, but it requires being vulnerable. This is often anti-thetical to being a Christian. We are supposed to guard our hearts, not yield to temptation. And should we be tempted our first position is to blame that which tempts us, not ourselves. Maybe you are seeing where I am going with this as an issue that manifests in other areas of our lives and not just how we perceive art, but also each other and even all of creation.

A better way, as described by Lewis :

We must begin by laying aside as completely as we can all our own preconceptions, interests, and associations. We must make room for Botticelli’s Mars and Venus, or Cimabue’s Crucifixion, by emptying out our own. After the negative effort, the positive. We must use our eyes. We must look, and go on looking till we have certainly seen exactly what is there. We sit down before the picture in order to have something done to us, not that we may do things with it.

Who is to blame?

Here we are back to relationship, back to love. How many of us are willing to do this with art, much less our neighbor? Putting all the responsibility of the relationship on the art, artist, or our neighbor is lazy and often inaccurate. We would rather apply “objective standards” to the work to relieve us of our own responsibilities.

I hope you have read this and found something that stirs you. If so, please let me know by dropping me an email. I do read them and I do respond. Thanks!

TL/DR Another long post, but things I think need saying (even if a bit meandering musings) if only to get closer to a solution. The problem of art is not simple. While I still contend a great deal of the problem today is resultant of the... Continue →