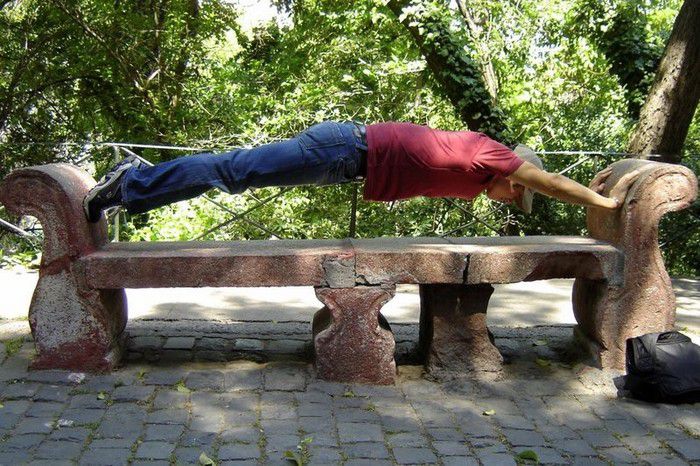 If you don’t care who sees, hears, or likes the art you create, much less if anyone gives you money for it, you aren’t trying to make a living as an artist.

That doesn’t mean you aren’t an artist, but when you decide that you want to make a living with your art, things change. Sometimes drastically, sometime subtly, sometimes so subtle you may never even notice until rent comes due or groceries need to be shopped.

At some point you realize that what you are doing is work as much as it may not even feel like it. Art becomes your job, even as you may love doing it. Or you may hate doing it for pay, but you can’t imagine doing anything else.

This is not to say you have to be making a living as an artist to be an artist or create art. But there is a difference in urgency, in routine, in what Merce Cunningham called the “dailiness” of one’s art.

Recently there has been quite animated discussions about the National Endowment for the Arts (to be clear which ‘NEA’ I will be referring to here out) as it seems to be one of the departments on Trump’s chopping block.

Some artists blame this possibility on the discussion to quantify art, especially in terms of economics, in order to justify art and the NEA. Many artists are offended that people may want to or feel the need to justify art in economic terms, or other quantifiable terms. Art is more important than that. The irony is that many of these artists are working as artists. Some of them quite successfully so. If they don’t understand their art in terms of economics, they aren’t paying attention.

That just highlights a point I’ve been trying to make for a while and not really doing a great job articulating. There are two discussions that are being conflated, admittedly unavoidable so — Art (whether advocating for art in social, cultural, and educational terms) and making a living making art.

The two are not the same, but by nature are conjoined. How important art is to a society and nation, and to what degree, will have a material affect on how well someone can make a living making art.

That said, losing the NEA has at least three effects from two perspectives — the professional artist (and arts advocates) and society in general. They are related, but not the same.

Who are we, really?
While I am no fan of many grants (grants almost always require the artist to be an expert at something other than their chosen art, even if it is simply as an expert at grant writing), losing the NEA at the federal level makes a statement. It says that we as a country and society do no value art. We do not believe it is intrinsic to life, liberty, and the pursuit of happiness (to be nationally specific).

While I know detractors of the NEA love to point out the things the NEA funded that were offensive to them, that, to me, shows why it is even more important to the US — that everyone should have and use their voice, that all ideas are important, not just the popular voices. Economic viability is not the most important criteria for important art.

Making art, including making a living as an artist, is not always about making something consumable. Letting the market decide what should or shouldn’t survive does not demonstrate how important something may be, only how sellable it is.

While art can be a major economic driver, that isn’t where the ultimate value and meaning lies. We value art that isn’t defined by its utility (as I discuss recently in “Counting the Cultural Cost of Utility”). Sometimes the work may say something that is not very popular but needs to be said, asked, or examined.

And we value the artist even when their art isn’t popular, as I discuss in “Think of the Exposure!” and “Being a better Consumer of Art”.

Arts education and beyond the celebrity
Losing the NEA also reflects on how important we view arts in education, which has mostly meant not at all. I’ve heard the arguments. People need to study things they can make a living doing so an artist is not one of those things.

What is missed is all the many artists you never hear about that it takes to help Adele make and sell her album, or the hundreds and thousands of people behind making a movie or TV show, all making a living doing so.

But losing the NEA also has a more direct economic effect on artists who make a living with their art. Many artists make their living working and creating for arts organizations who receive funding from the NEA. That those organizations receive funding from the NEA has a ripple effect on other funding and support they may receive. What the NEA provides financially is a mere pittance. But what they do provide is a leadership role in supporting that which is important and valuable, even if the organization cannot claim “One trillion sold!”

Memento Mori
If you are reading this and you are an artist who is making their living making their art, especially those of you who may be quite well off in your career, chances are you have worked for someone, somewhere along the way that has received funding from the NEA. Part of their existence, and by extension your career, is due to the NEA. So, yes, while we need to understand art in metaphysical terms and intrinsic value, we have to admit to and understand the material terms of arts support. You cannot make a career as an artist and think otherwise.

I love my career in the performing arts. I especially love being involved with dance, dancers, choreographers, and artists working with dance — the musicians, composers, designers, and other artists. For me, dance is this perfect... Continue →