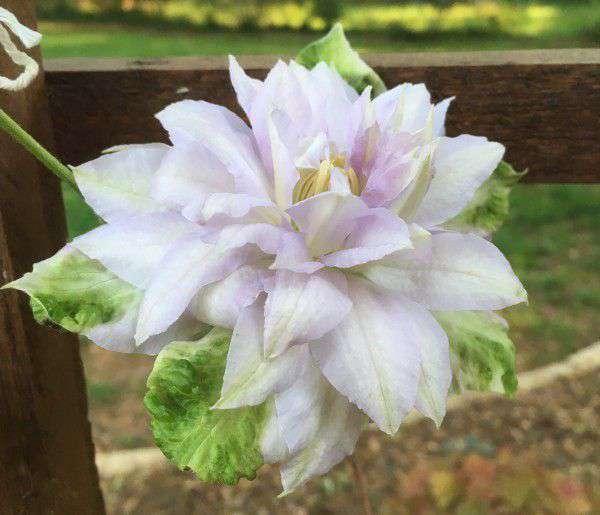 What is a perfect flower to you? #

“In ancient India, a group of young monks were watching their master prepare chappatis (pancakes). He would pour out a ladle full of batter and watch it spread across the surface of the hot griddle, forming an odd round shape. As the pancake assumed its final form, he would smile and say, ‘Perfect.’ The students were puzzled. Each of the pancakes was a different shape, some of them were burned around the edges, and none were perfectly round. Finally, one of the students asked the master, ‘Master, how can these pancakes be perfect? Pancakes are supposed to be round, and they are not supposed to be burned.’ The master lifted the last pancake off the griddle and put it on his young disciple’s plate. It was shaped somewhat like a gourd. ‘Perfect’; he repeated.” Chu, Chin-Ning. Thick Face, Black Heart: The Warrior Philosophy for Conquering the Challenges of Business and Life

I am the son of a Korean mother. She did not speak perfect english. Yet I always understood pretty much every word she spoke to me in her broken english. I can actually understand a lot of broken english these days. I am pretty sure that is because of my mother. I was always around it, grew up with it, had to learn to understand it by necessity or face the wrath of an angered Korean mother! I am so comfortable around broken english I am always caught by surprise when others have difficulty understanding. I have to remind myself that not everyone has had the constant, regular experience I have. I have to either be patient or act as interpreter. I don’t mind either, I just have to remember. 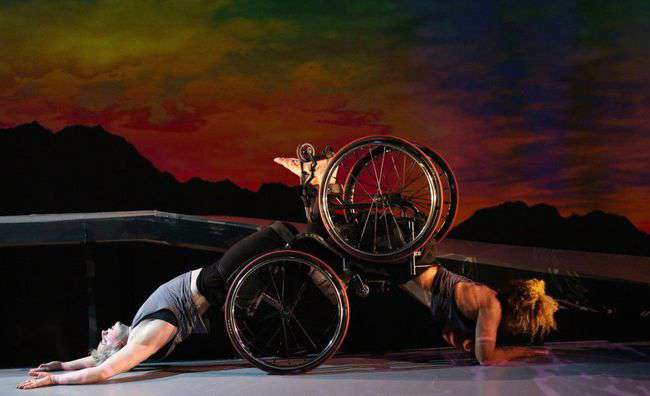 I am currently production manager for a production of wheel chair artists—two dancers and a lighting/video designer. You can read some of the director’s thoughts on Medium, And on their website

There are so many innovations built into this show and still being worked out to bring the art of performance to people for whom this is just not a common occurance, either in content or presentation.

“People in wheel chairs can’t dance.” Well, they can. And remarkably so.

Lack of disability access can be easily overcome. It can be designed in from the beginning without difficulty and beautifully so, not just as an afterthought. But not if you aren’t paying attention to it.

Pancakes are not all perfectly round, no matter how much we want to believe they should be #

So many people aren’t faced with the same conditions that so many others live everyday that when the former are confronted with something like this they don’t understand the issue. What is common for some is not common for everyone. That isn’t the problem, though. The problem is when we become blind and lacking empathy to the fact that it isn’t common for others.

So many things are changing today. So many things that were considered “Just the way things are” even “Just the way things should be” are being challenged everywhere. So many of those things are crumbling in on themselves. So many of those things need to crumble. We have gone so long without questioning, asking “Is this really the best we can do? Is this really how it has to be?” that everything else has changed and those systems, institutions, philosophies, ecclesiologies, epistemologies are no longer enough. They were built up and around to serve only one segment of reality and nothing else.

Everyone needs to understand this represents major change. We often have a hard time handling change. The people who benefited the most from those systems and institutions are facing a new reality, one they are not always willing to accept and will fight. The common and the power imbued from that commonness is becoming marginalized. The thing to remember, for those who were the marginalized is how being marginalized feels, the effect it has on us.

Remember to listen through the broken english #

It’s one thing for dinosaurs to become extinct because they cannot adapt. I think it is something else when we write them off. We have to be willing to listen. We have to be patient. When we are patiently listening, the person trying to communicate will see that. Not only will that make them more willing to talk, but help them be willing to talk more. And when that happens we all get to participate in the conversation.

The problem isn’t freedom of speech. The problem is when people don’t believe they are being heard. Now, I agree that freedom of speech does not guarantee the right to be heard. But in a functioning democratic republic, it is a vital part of our process. And if you make a point to not hear the other side, don’t be surprised when the change comes, because it will. How it affects you when it does is up to you.

Change is here to stay #

Change is how we were created to exist, no matter how much we try to fight it. That is the nature of things. If we didn’t change, that would be an indication that something is wrong. Perfect is not stationary, a picture frozen in time. As R. Buckminster Fuller would say,

Just some thoughts for today,
Joe